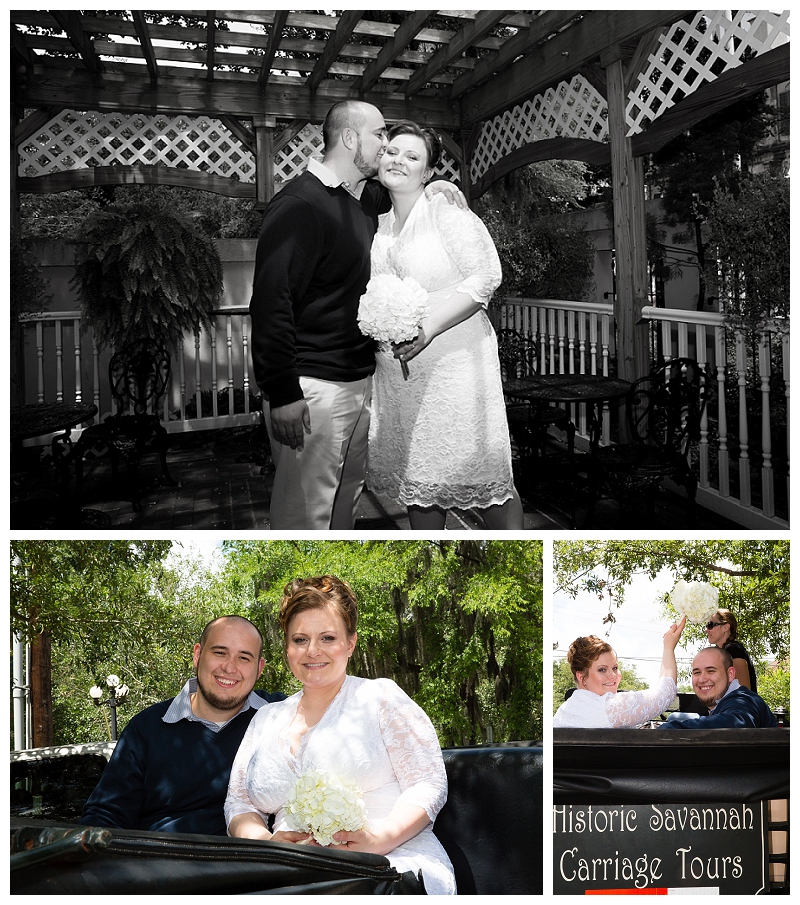 Congratulations to my sweet couple Aida & Irnes who were married at Savannah’s beautiful Presidents’ Quarters Inn!

Warning: Viewer may want to grab a Kleenex before reading their story below.

“Irnes and I worked together at the Grand Hyatt in Atlanta for years. He was always really sweet to me, but we were just coworkers. Years passed before I decided I was going to pursue him. He was a good guy and they were in short supply. He was clueless, as guys can sometimes be, about my advances. I tried every single thing I could think of and in the end I had to go with “I like you”. Then it clicked. He was shocked. We never even considered each other as possible dating potential. He wasn’t my type and I definitely wasn’t his. Our first hangout was at Starbucks. I brought my best friend as support. We laughed and had a good time. I figured this was going well. The next two months were a roller coaster of attempts at trying to make it work. In the end, I broke it off. He was the right guy, but it was the wrong time and wrong place. I eventually left the Hyatt altogether because I started to feel “sick” all the time and having a job where I stood all day and was stressed constantly wasn’t working for me. I had no idea what was in store for me. A year passed. I got sick. Like, really really sick. There were days when I couldn’t walk and there were days when I couldn’t use my hands or feel my head from numbness. I spent the next year going from doctor to doctor trying to figure out what was wrong. I was actually diagnosed as having an incomplete spinal injury from a car accident I had shortly before I left the Hyatt. I was told you are a walking paraplegic. It was a nightmare. My mom finally took me back to my good ole family doctor and they ordered a brain MRI. I left the MRI place and within the hour the doctor was calling me back in. This was not good. I finally knew what was wrong with me. Multiple Sclerosis and it was wreaking havoc in my body due to no treatment. The next year was full of lots of visits to a Neurologist and lots of medicine. I was finally fine and symptom free. It was a year later and I was feeling so much better. The last time Irnes saw me he was helping me walk and I was a mess. I was miserable. I lost a lot of friends and even family members became frustrated with me. I had to call him to show him I was better, but I had cancelled every account, including Facebook. I had no way of reaching him. I called my old coworkers and it took two people to get his number. He actually thought I was calling to yell at him and was sure I had blocked him on Facebook. If he only knew. Within 24 hours, we met up and never looked back. Things were finally perfect. He was the best partner a girl could ask for. A couple months later we were living together and even got a puppy. it wasn’t that much longer after that he asked me to be his wife. I knew there was no other answer but yes. He was my everything. A year and half after I got the nerve to call him, I am now his wife. I couldn’t be happier. He is so supportive when it comes to my disease. If my fatigue becomes too much, he just takes over. No matter what the task. He lets me cry on his shoulders when my emotions get the best of me. Best of all, he is my best friend who calls me his angel and now my husband and hopefully soon enough the father of my children. I am the happiest girl in the world. I really feel like everything happened for a reason. I had to know pain to know joy.”